Friday’s Faces from the Past ~ Faunt Family in Fishtown Philadelphia

My Cousin Francis Faunt asked me today about our French cousins who lived near our Great Aunt Mamie Faunt Wilson in Kensington North Philadelphia which was called "Fishtown". Aunt Mame lived at 2107 Susquehanna St. which the Market- Frankford El went over. Our Great Grandmother Mary Dugan Faunt as well  as her in-laws sold produce under the elevated train called the "El".
The top picture is my grandmother Retta Swanson Faunt and two of my uncles in the alley next to the house they lived in on Martha Street. My mother was born there and Retta died there, much too young in 1925.
My Cousin Teresa Wilson French lived at  2304 Amber Street and my great Uncle Jesse Faunt had a store at 1801 Mascher Street. All these streets surrounded Martha Streets, only 2 blocks long quite closely. Martha Street in the 1920s was known for speakeasies and the "Martha Street Hop"
The houses all resembled the lower picture and many of them now have vacant lots next to them.
They were very very Irish. 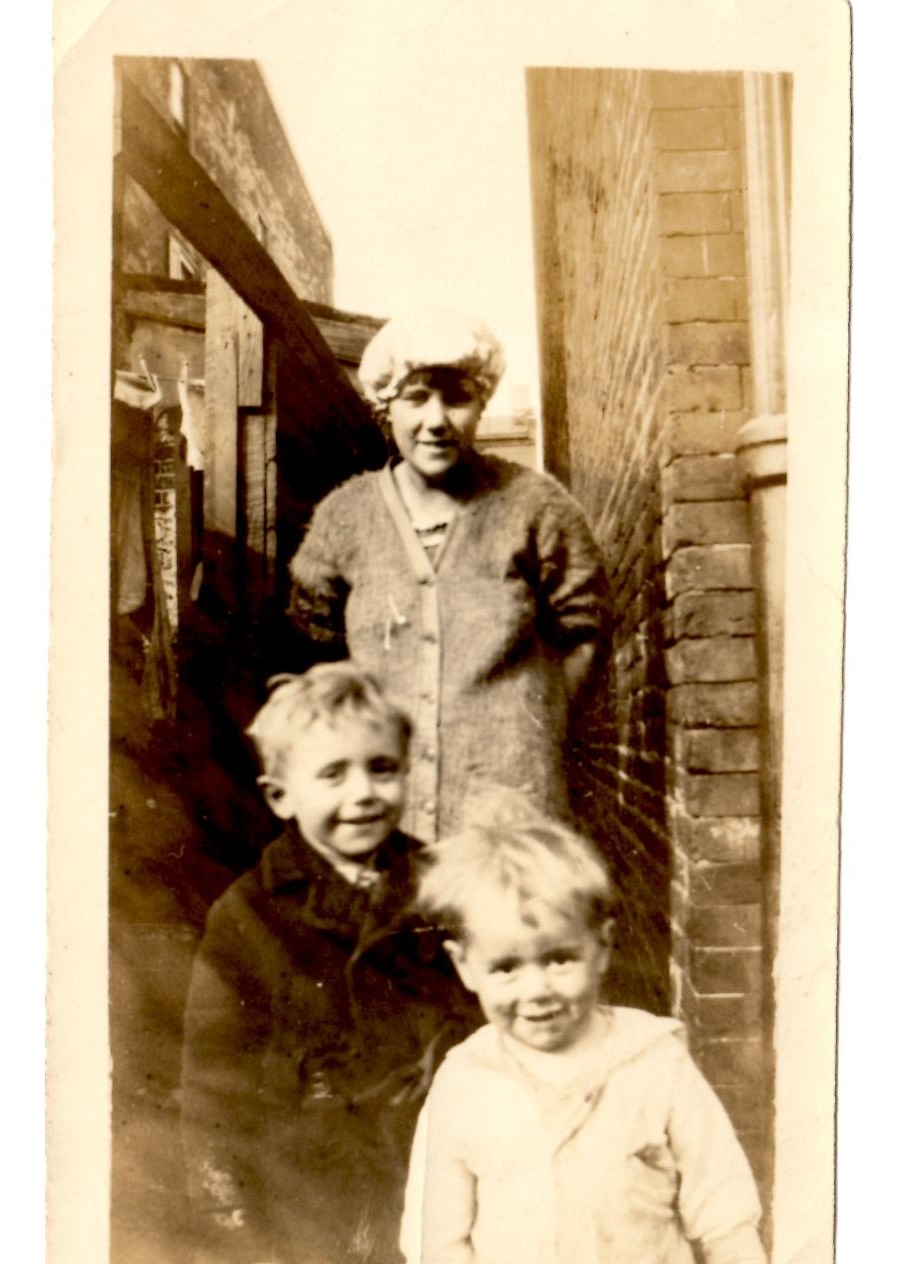