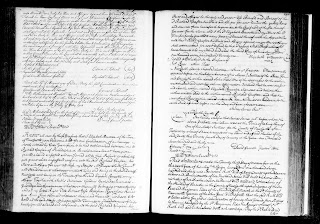 My John Carrow lives on Nathaniel Wilds plantation and we think due to that that his wife is Jean( Jane) Wilds. He is entitled to rents from that land, however how and why Joshua Wilds comes there has been shrouded in mists. This shows some clarity and also sheds light on his ancestry as this land record indicates that the older Nathaniel Wilds in Pencader Hundred is his brother.

William Carrow his uncle is born in New Castle County which had also been a puzzle. Light is beginning to dawn for me as I read how Joshua got into Kent County. They are Welsh Tract Welsh.

"John Kirkpatrick is witness to a 17 May 1735 deed between Nathaniel Wilds,
sadler of Newcastle County upon Delaware, PA and Joshua Wilds, farmer, of
Cecil County." 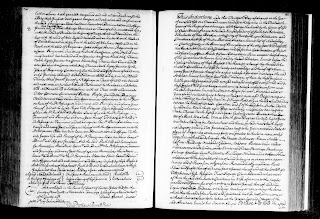