DNA Trail back to Wales - Tracking it all 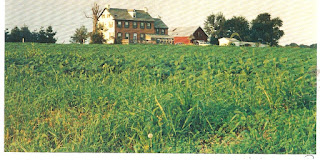 Old Carrow Farm - Idalia Manor
For my DNA friends and rellies..I may go ahead and blog this also as it seems important.My sister Carol Bodofsky ( my DNA buddy) and I have a LOT of DNA matches in Wales..
Yes the Carrow family is heavily Welsh between 1750-1840 but other cousins do not have all this Welsh..

Sister and I only have inherited about 15-17% of our DNA from our paternal grandfather.. (Which we knew before the 23ANDme test in 2009- from DNA Tribes c. 2008) my father's father who we assume is from Norway.. That leaves 34-35% of DNA inherited from Elizabeth Agnes Carrow..seen here as a young lady on Risnor Row..

We also share a good amount of Carrow matches to Baltimore cousins from Clara Carrow Friemiller..
Clara and her mother Margaret Edenfield share MitoDNA( female) with her mother Hannah.. who may or may not be a Worters.. the 1870 census calls her Worters but she was married to Edenfield then so is that accurate? None of us know or have been able to figure it out..

Paternal grandmother matches are particularly good for inheritance..( X markers come from there)
I feel pretty sure now that Hannah, wife of Thomas Edenfield must have been Welsh or 1/2 Welsh and sister and I inherited a lot of that..

To that end I tested with Living_DNA and am waiting for results.. it is Welsh UK in origin..

My close Carrow match this weekend shares matches back to Baltimore cousins also, more so than other directions..

Tamyr and I also share those matches although she is NOT heavily Welsh..
Sister and I have been given TWO Welsh communities at AncestryDNA which seems significant..

A good puzzle for a rainy week.. 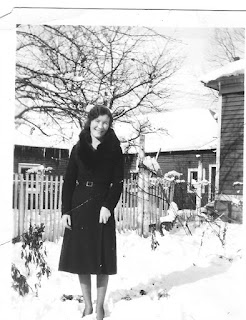